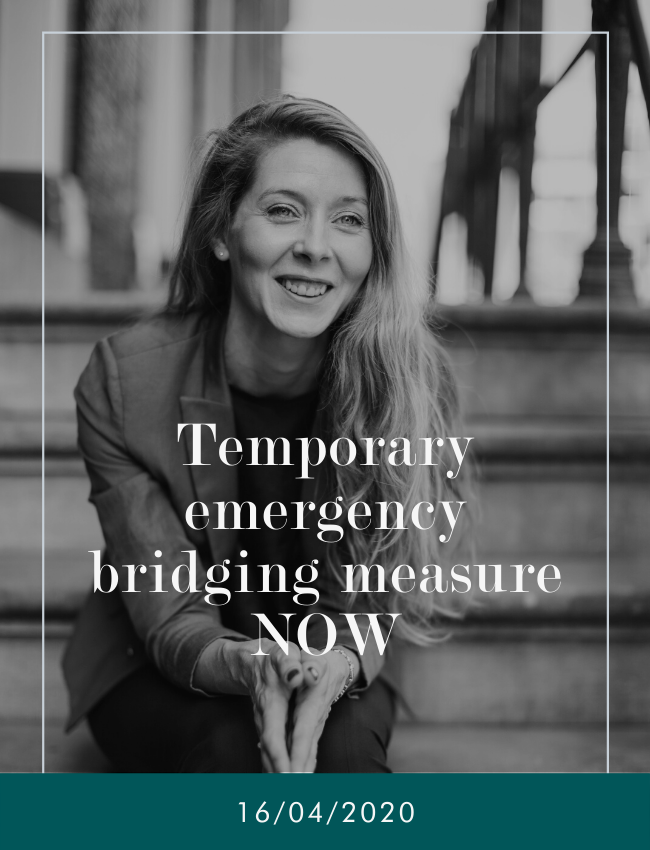 The Dutch government came up with several support measures to mitigate the consequences of the measurements taken by the government to control the spread of the coronavirus. One of them is Temporary Emergency Bridging Measure for Sustained Employment, in Dutch Noodmaatregel Overbrugging voor Werkbehoud, abbreviated NOW. This measure replaces the previously existing part-time unemployment (WTV). While WTV focused on loss in working hours, the NOW focuses on loss of turnover. Applying for WTV is no longer possible. A pending application will be handled as a claim for NOW compensation and a granted permit remains valid. Once that permit is in need of prolongation, the employer can claim NOW.

At the government authority that handles unemployment benefits (UWV), employers can claim NOW for a substantial compensation for wages of employees with permanent and temporary contracts. Eligible for NOW are employers that expect a turnover loss of at least 20% in a continuous period of three months from March 1st till July 31th due to extraordinary circumstances, such as the measurements taken by the government to control the spread of the coronavirus. Based on the application, the UWV will pay an advance of 80% of the expected compensation. As from now through 31 May 2020 an employer can apply for NOW.

There are several conditions if an employer wants to apply for NOW:

Companies consisting of one legal person (or natural person) with one payroll tax number determine the loss of turnover and make one claim.

determine the loss of turnover as a whole and apply for each payroll tax number separately.

Amount of compensation for wages

The amount of compensation is to be calculated as follows:

Within 13 weeks after applying, a decision will be made by the UWV. Based on the full application, the employer will receive an advance payment of 80% of the total estimated compensation within two to four weeks. Compensation will be paid in three installments at most.

An employer will ask for a determination of the final compensation after 24 weeks at the end of the continuous period of three months. The UWV will determine the actual loss of turnover and whether the employer meets all criteria for claiming NOW. Within 22 weeks, a determination of the final compensation will follow. A correction, recovery or subsequent payment, can be made.

The purpose of this measure is to ensure employment. Dismissal of employees due to economic grounds does not relate well with this purpose, and may be punished.

Under the NOW compensation schedule, immediate dismissal or termination of employment contract for other reasons than economic grounds are however still allowed, as is the termination of employment by operation of law or during the trial period. At the same time, such could have consequences for the definitive compensation due to lower wage costs. At the same time, in the event that the loss of turnover is higher than expected, the definitive compensation could also turn out higher.

It is important to keep verifiable records of all information of relevance, for example turnover and wage costs. This way the granted compensation can be checked. The compensation can be reclaimed partially or in part when not justified of set too high. In case an employer acts or neglects to live up to the meaning of this measure in the period of which compensation was granted, the decision for compensation can be repealed or changed at the expense of the employer.